Say you’re a world famous violinist. There’s a great violin piece you’ve heard by a historical woman composer. You think it’s brilliant and want to record it, it’ll be a world premiere recording or at least only once or twice so it’s totally groundbreaking.  You spend hours convincing a pianist to accompany you and spend even longer convincing the hopelessly conservative record label you’re signed with to release it.

It finally gets the go-ahead, you tell all your friends and get it released on all the major sites – Amazon, iTunes, PrestoClassical, everything.  You put out videos on YouTube, record the album, you’re really pleased with it and blag about it all over social media.

It gets released and you’re so pleased but then it comes to the gatekeepers, those people on the music websites with their hot-or-not lists of the “coolest” new releases. Yours has to be a sure thing right? It’s so new, so unique and interesting plus it’s on a major label and you’re super famous so everything you do should be noticed and adored right?

Wrong, the new release list doesn’t mention your recording, or anybody else’s recordings featuring women composers. They talk about yet more recordings of Mozart, Tchaikovsky and Bach and your brilliant, innovative labour of love is forgotten about quickly.

You think maybe I should have played it safe? Why bother playing the work of these amazing people at all if no-one will take notice, next time I’ll stick to the same, boring crap everybody’s heard a hundred times before. I’ll get the money and it won’t hurt if no-one picks it up.

You carry on with your career and the music of these women fades back into oblivion.

Sound familiar? We’re in the middle of this story right now. World famous violinist Tasmin Little OBE has just released a stunning new album of music by Clara Schumann, Dame Ethel Smyth and Amy Beach – 3 astonishing powerhouse badasses of the Romantic era. All three women venerated in their time. All three composers since obliterated from the white male dominated version of music history. All three composers hardly ever recorded or performed.

Little’s album was released last week on 1st February 2019 on major label Chandos records. Amongst the platforms it was released on was PrestoClassical. PrestoClassical’s new release round up didn’t even mention it. I’ll tell you what it did mention though – another recording of Mahler’s 2nd Symphony, plus Schubert, Debussy, Mendelssohn and Tchaikovsky and recordings of a lot of other white male composers that are really well known.

Don’t take my word for it, see the link here.

So why is it that not even a world famous OBE musician on a major label playing women composers can make a dent on the stuffy, regressive release lists of these companies.

And why does it matter?

Well if a customer’s looking at the website and wondering what’s cool they’re not going to search through the whole 150 or so new releases this week. Part of the reason is just 150 is an overwhelming amount to scroll through, part of it is trust. The editorial teams behind PrestoClassical know more than the average listener about what’s coming out and what’s cool. If PrestoClassical give a nice short bite-sized list of 8 releases it’s much easier to digest.

If it doesn’t get bought the message clearly gets through to record labels and musicians that taking a chance doesn’t pay off, even if these composers are from the 19th century and playing music really similar to Brahms and Schumann et al, no-one wants to hear it so don’t spend money putting a release like this out there.

All this leads to women composers like Amy Beach not getting recorded again and we’ll go back to square one on the gender equality front in classical music.

I love the album and I’m really excited to be playing the album on my show this week on Tuesday 12th February. 5pm on planetofsound.world plus it’ll be going out on Mixcloud later, more info to follow.

In the meantime here’s a sneak peek of this breathtaking album.

Please buy the album online from Presto, iTunes or Amazon or listen on Spotify. Mostly please tweet about it, Facebook link it and get people talking about this so the music doesn’t fade back into obscurity.

PrestoClassical are one of the worst culprits. This particular instance saw Tamsin Little’s album having major airtime on BBC and ClassicFM plus it featured on Spotify Classical New Releases Playlist.

The CDs below were ones released in January that featured women composers.

At the end of 2018 PrestoClassical published their list of 100 best releases of 2018. There was 1 woman composer release on the list.

This is a big music retailer. We need to hold them accountable for their influence on consumers and offer alternatives, there is a lot of music being created and while there are fewer releases of women composers there are actually quite a few releases coming out on a regular basis, both by major labels and smaller outfits too.

In the next few weeks there are several releases of women composers coming out. The ones below are available on PrestoClassical. 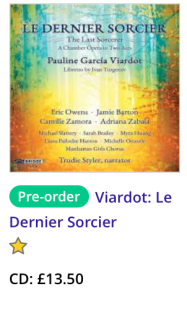 The Daffodil Perspective believes in positivity, there’s no point in just complaining, we like to show that there are positive alternatives that already exist to the white male dominated industry.

Change is possible and gender balance is not difficult to achieve.

As usual at this time of year there’s a lot of reflection going on about the year we’ve just had. In music terms this means a round up of the year’s best new releases. The  Guardian’s Top 10 list featured all male composers, mostly dead white ones including ‘neglected composer’ Hindemith, plus Bach, Stravinsky, yada yada yada. See the list here which comes at the end of an article which only mentions releases with male composers.

And this is from a generally left wing newspaper, who have published at least 4 articles this year about the lack of female composers being performed, why they have been unfairly marginalised, looking at what is being done and should be done to change that. Way to support this stance, am I right?

Go round the internet and look at all the major sites about classical music and you see the same story pretty much everywhere. Major independent retailer Presto Classical picked their Top 10 recordings of the year. Also all male, including yet more recordings of Stravinsky’s Rite of Spring and Vivaldi’s Four Seasons, yawn.

There have actually been some amazing new releases of women composers this year, both historical and living so here is my own list for you. A list of 10 great releases from 2018 to check out, all featuring exclusively women composers.

Various composers of piano music from the 19-21st century. A brilliant selection of everything from romantic to ragtime to post modern. Some more well known composers including Lili Boulanger and Meredith Monk with other maybe slightly less well known composers such as Ilse Fromm Michaels and Susanne Erding-Swiridoff. Listen here. 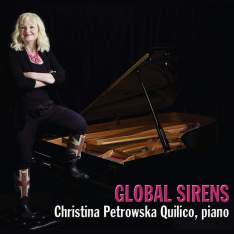 String quartets by contemporary composer Elena Ruehr. I love these quartets, simply amazing. I can’t do them justice in words so here is ArkivMusic’s notes on the recording:

“Elena’s Six String Quartets are a magnum opus, three of them commissioned by the Cypress String Quartet, two by the Rockport Chamber Music Festival, and one an ASCAP Award winner. “…sumptuously scored and full of soaring melodies and piquant harmonies.” (The New York Times) “Music with heart and a forceful sense of character and expression.” (The Washington Post)”

Listen to the album here. 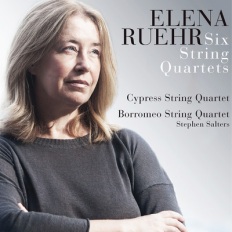 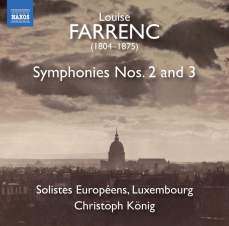 Song Cycles by soprano and composer Linda Lister, the title cycle features pleas to such fairies as Ariel, Titania and Tinkerbell. Listen here. 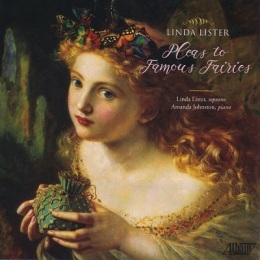 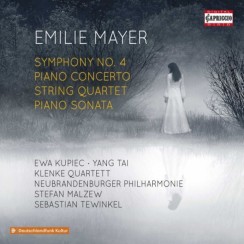 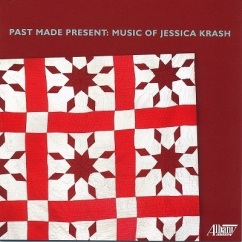 Prolific 20th Century composer. Symphonies 2 and 4 that feature on this disc along with the tone poems should be on every major orchestral programme at least once per year. Glorious music that’s just at that point between modern and contemporary. Music that’s melodic, intriguing and edgy but not too dissonant, wonderfully listenable. Listen here.

9. Stories For Our Time: Music for Trumpet by Women Composers – by Thomas Pfotenhauer and Vincent Fuh.

Volume 3 of chamber music by Sierra composed between 1997 and 2013. The title piece was written for and played by the acclaimed Benedetti Elschenbroich Grynyuk Trio. Listen here. 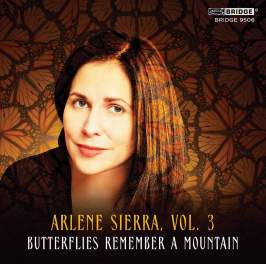 There we are, that’s 10 of the best new releases.

Disclaimer: These are not specific rankings, not a Top 10, just 10 OF THE best releases of 2018. There are so many more awesome recordings out there. Recordings that are not on the list were not deliberately excluded, it’s not a judgement on other work merely an exploration of some of the brilliant and still unjustly neglected work that is out there.

I didn’t include above any of the fantastic albums I’ve played on the radio show on my album of the week section. 5/6 albums I featured since I started the show were new releases this year and are all phenomenal. Check these out below too.

Just the title alone demands a closer look. Love this album, it’s broad look at piano pieces by 14 American women composers in the first half of the 20th century. Something for everyone including late Romanticism, impressionism, American spirituals to ragtime, including works by Florence Price, Amy Beach and May Aufderheide. Available to listen and buy at Presto Classical here. 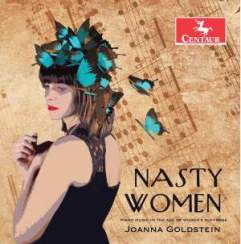 2. In The Theatre of Air from NMC Recordings and champions of women composers Marsyas Trio. Featuring 5 contemporary British composers and one historical American composer including legends Thea Musgrave and Judith Weir with rising stars Georgia Rodgers and Laura Bowler. Available to listen and buy on Presto Classical here. 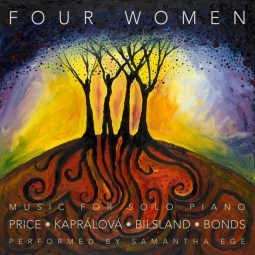 4. Homage by Drama Musica, featuring soprano Susie Georgiadis and pianist Angiolina Sensale. This amazing new release brings to life songs by women composers from Italy and Brazil including Chiquinha Gonzaga and Geni Sadero. Some of the pieces are over 100 years old and are only just receiving their world premier recordings on this album. The album also features a protest song from contemporary Brazil composer Catarina Domenici. Overseen by founder Gabriella Di Laccio this is a spectacular record. Listen and buy here. 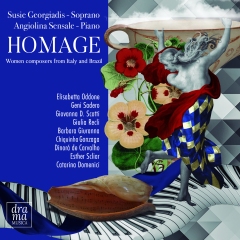 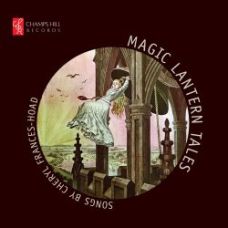 Happy listening everyone and here’s to a more gender balanced 2019!

This show features an in-depth look at late 20th century composer Teresa Procaccini, following her life and music alongside fellow Italians Berio and Maderna. Also on the show is music from Villa Lobos.

Album Of The Week 1: Homage by Drama Musica 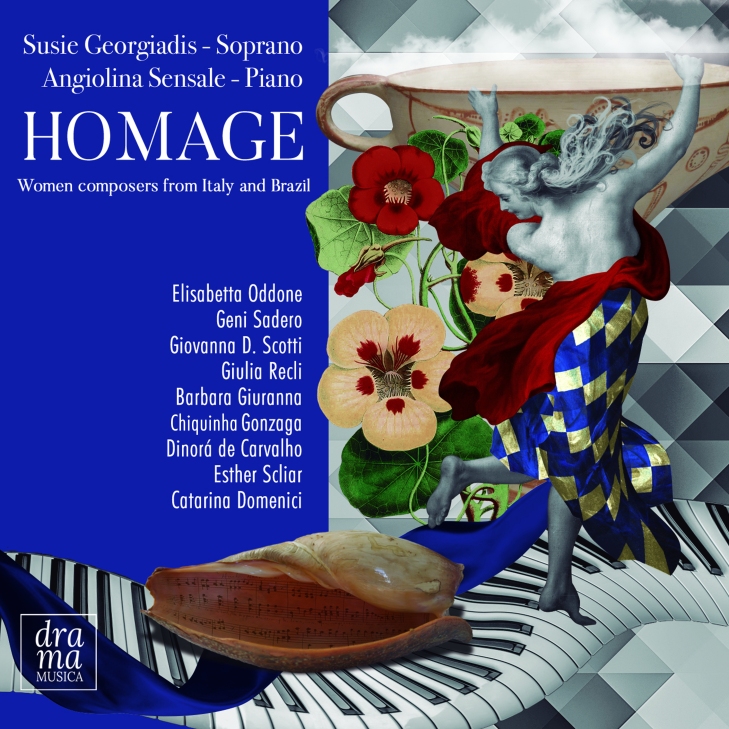 Homage by Drama Musica, featuring soprano Susie Georgiadis and pianist Angiolina Sensale. This amazing new release brings to life songs by women composers from Italy and Brazil including Chiquinha Gonzaga and Geni Sadero. Some of the pieces are over 100 years old and are only just receiving their world premier recordings on this album. The album also features a protest song from contemporary Brazil composer Catarina Domenici. Overseen by founder Gabriella Di Laccio this is a spectacular record. Listen here:

Album Of The Week 2

In a double bill of awesome albums I’m also featuring the new release Magic Lantern Tales by contemporary English composer Cheryl Frances-Hoad, she is hot off the heels of a stunning world premiere performance of her new piece Last Man Standing at The Barbican with the BBC Symphony Orchestra. Magic Lantern Tales is a beautiful collection of choral music by Frances-Hoad.